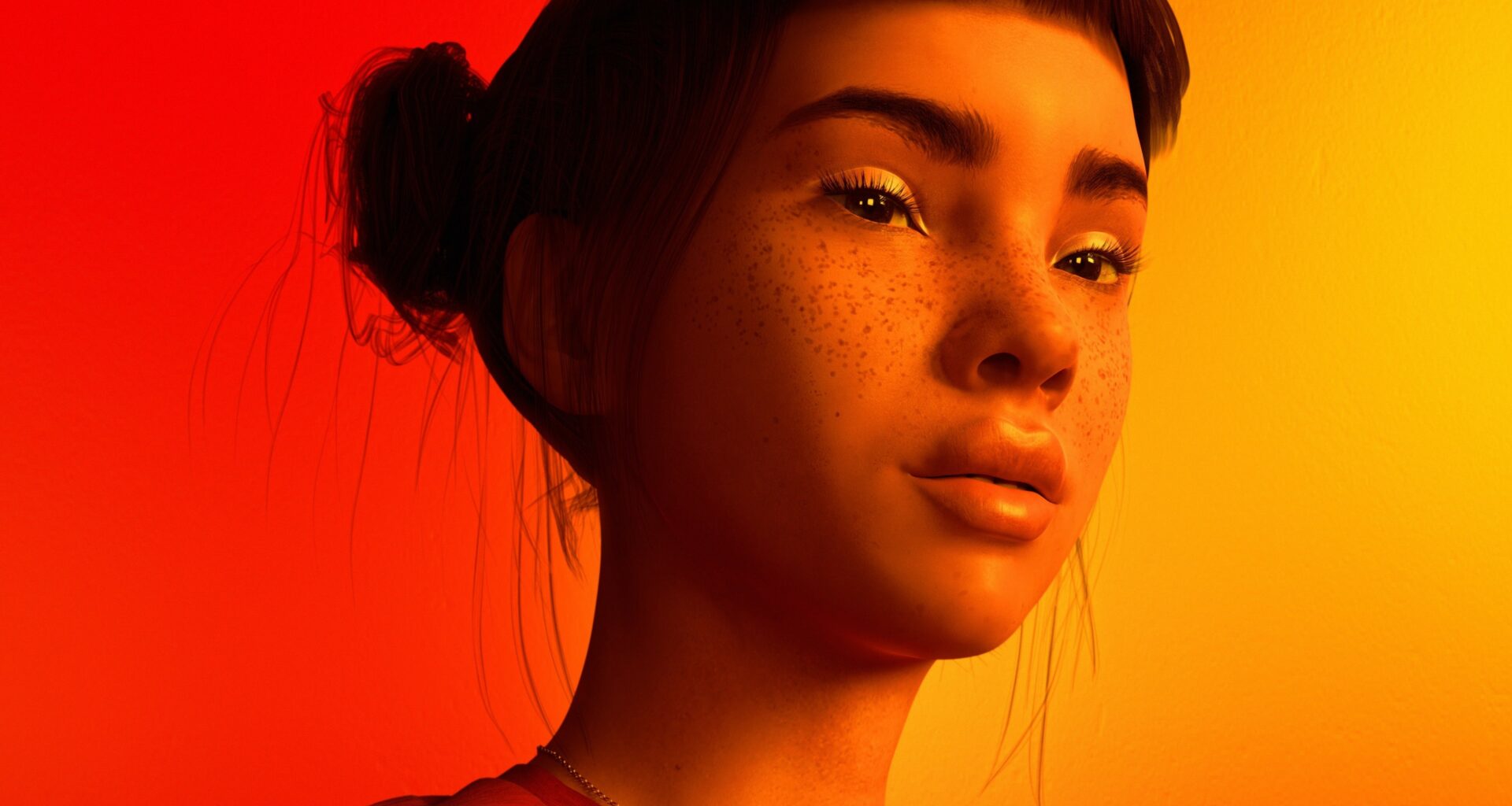 Animated, computerized characters are becoming insta-famous and many of their genuine followers don’t even realize they’re illusions.
11
Shares
11
0
0
0

Animated, computerized characters are becoming insta-famous and many of their genuine followers don’t even realize they’re illusions. From the onset, they look very real and are even getting followers, working with designer brands, and walking down virtual catwalks thus earning your follow in return. Awwww, how cute!

CGI stands for Computer Generated Imagery in this context. But wait a minute, is this technology new?

Ah, Yes! Created just like animated characters such as Scubby Doo, Sims, Moana, etc for easy comparison, strategically they are now a new source of communication and information within the digital space.

Fake it till you make it they say Syndrome has affected negatively all auspices of social life. The Student in College wants to be seen as having and living a stress-free life, traveling from a city/county to another, clubbing and partying like nothing bothers his/her current life.

The Bartender wants to be seen as a celebrity, posing with celebrities, paying, and attending exquisite expensive events. The upcoming Musician, who has not seen sales from his new single wants to be seen in gold chains, nice designer clothing & luxurious lifestyles that would take years to acquire.

The Concept of CGI Influencers

It’s a rising trend as more people are falling for it online as they keep trying to reach the high expectations set by others and unfortunately — themselves. The world around us is supposedly becoming faker as Influencers are trying to portray themselves as living the perfect life online. Sharing their fictional stories, in reality, using social media as a new storytelling medium is where these bots can make that happen.

As everything negative stirred up, it has always been in the illusion to create something great. Fake humans might have come up with a brilliant idea saying: If everyone around us is acting fake and repetitive by posting dumb content, why not have a fake person acting real?

You’re ready to believe this story? No! We know, that’s why we have researched some real evidence to blow your mind away.

1. Lil Miquela: We can refer to her real name as Miquela Sousa, a 19-years-old Brazilian-American, a model, and a musician, based in Los Angeles. Lil Miquela has established her presence since she first posted in April 2016. This computer-generated influencer is the digital brainchild of an LA-based agency called Brud, which has recently received around $6 million in its latest funding round, led by Silicon Valley investors including Sequoia Capital. She has since collaborated with Prada, Chanel, Supreme, Balenciaga, and many other designer brands. Currently, she has an average engagement rate of 3.82% for image posts and an average video view of 46.89%, with audience growth of 0.24% per month.

2. Noonoouri: seems to come directly from a manga cartoon. Thanks to her collaborations with KKW, YSL, and Vogue, she has gathered a total of 219k followers so far. She describes herself as an 18-year-old girl, 1.5 m tall, living in magical Paris. She also talks about fashion, beauty, lifestyle, art, culture, and travel. Within a very short time, Noonoouri becomes the hottest influencer many prestigious brands want to work with. Collaborations from Dior to Versace, Valentino, Riccardo Tisci, Nike, and Supreme. Noonoouri’s followers continue to expand aggressively with audience growth of 13.09% per month as she constantly working with various big brands. In return, she offers an above-average image engagement rate of 5.33% and 34.09% video views for the brand awareness campaigns.

3. Shudu Gram: is the world’s first digital supermodel, and probably the most realistic CGI model as well. One glance at her pics is enough to make you question whether she really is real — she has pores! errant eyebrow hairs! tiny little wrinkles! In February, Fenty Beauty reposted this South African model, in her mid-to-late-20s, wearing bright orange matte lipsticks. This stunning picture got a repost from Rihanna’s wildly successful makeup brand, because why not? Shudu is the creation of visual artist Cameron-James Wilson. However, the project has courted a fair amount of controversy — largely because Wilson is white. In collaboration with Balmain, two new CG members were introduced to front runways and campaigns. The Balmain Virtual Army includes Shudu, Margot, and Zhi. With 152k followers and a steady audience growth of 0.63% per month, each of her posts is able to garner 8.82% image engagement and 21.53% video views on average. Could the “It” girls of tomorrow be Shudu?

4. Bermuda: She isn’t quite as popular as Miquela although they hang out together very frequently, pretty much like a pair of besties. What you don’t know is back in April, she got into a drama with Miquela — apparently over the fact that Bermuda owns that she’s a “robot”, whilst Miquela continued to “pretend” she was a real person. Around the same time, Miquela’s profile was hacked and her pictures were replaced with selfies of Bermuda. The two have made up after the unsurprising (at least to most followers) “revelation”. She is also the ex-girlfriend of Ronald Blawko. The couple broke up in Oct which explains why Bermuda is no longer cool with Blawko. Strangely, she is totally cool with Miquela hanging out with her ex-lover. The Trump supporter is rising faster than both of her friends, with 5.11% audience growth per month. It also seems like she is good at capturing the attention of her followers, with an average engagement rate of 12.05% per post.

Conclusion: Will The Bots Take Over?

With more than 1 billion people using social media all over the world, it’s more difficult than ever for brands to stand out from the crowd. Thus, the rise of the influencer, which has been one of the most significant changes in marketing in the last decade. Some creative marketers have decided to find an alternative to the typical approach to influencers and instead create their brand ambassadors themselves using artificial intelligence.

These virtual influencers are computer-created fictional characters whose “personalities” are entirely fictional. They’re paired with animated images from digital artists to accurately re-create the subtle features of human faces. Some companies are building their own influencers from the ground up, creating their own character that they can control every aspect of.

While the demand from brands is certainly there, real human influencers who spent months or years building their reputations see these CGI influencers as a major threat or competition in getting sponsorships. Many questioned the reliability of opinions from an influencer who doesn’t even exist. In our next, article we explore behind the scenes of building a CGI System.

The One Thing People Get Wrong About Choosing A Brand Name

Read More
MMarketing
Sitting down to craft a marketing automation plan can initially take a bit of time, but you’ll get more results from your marketing, and you’ll save time in the long run. Let’s take a look at how you can create a comprehensive and holistic plan.
Read More
MMarketing
Indirect competitors could easily become direct competitors with a single addition to their product line or an extension of their target market.
Read More
MMarketing
Releasing a new product or service is always exciting! But no matter how exciting your new product is for you, it’s not going to go anywhere if you don’t have someone to release it to. Over the years we have kept hitting on the need to build an audience.
Read More
MMarketing
You’ve learned about marketing automation, you’ve created a marketing plan, and you’ve implemented it. What’s next?
Read More
MMarketing
Redbull has grown to a $17B company. By marketing in the most unconventional ways.
Read More
BBusiness
it’s the whole reason for the release! But instead of making your big product release about the product, focus your efforts instead on what that product is going to do for the people who will be buying and using the products.